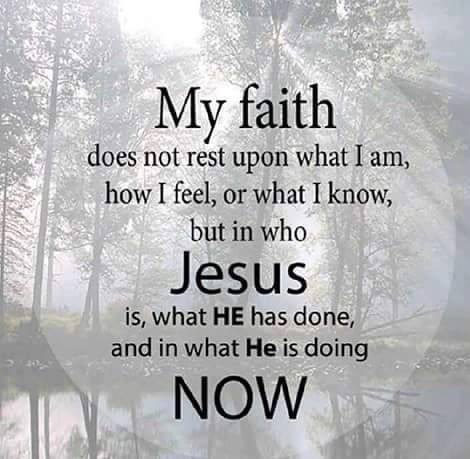 12 And after the earthquake a fire; but the Lord was not in the fire: and after the fire a still small voice.

13 And it was so, when Elijah heard it, that he wrapped his face in his mantle, and went out, and stood in the entering in of the cave. And, behold, there came a voice unto him, and said, What are you doing here, Elijah?” 1 Kings 19:11-13

Be careful not to forsake the still small voice of the Lord for the wind, earthquake and fire that He may cause as He passes by.

13 Therefore speak I (Jesus) to them in parables: because they seeing see not; and hearing they hear not, neither do they understand.” Matthew 13:12-13

Whosoever has and wants more of the righteousness of God which only comes through the Cross of Jesus, will have more. Whosoever has but does not care for more, will not receive more and what they have will be taken away.

Those who reject the finished work of Jesus on the Cross for victory over the world, the flesh and the devil, will lose what righteousness they would have had and what they currently possess. However, those who seek for more of God’s righteousness because of Who HE is and what HE has done and not the experiences as He passes by, to them will be given more abundance. They will see, they will hear and they will understand because they are not seeking the “experience”, they are seeking Jesus Christ and following Him daily – not just on Sundays.

“2 But He that enters in by the door is the Shepherd of the sheep.

3 To Him the porter opens; and the sheep hear His Voice: and He calls His own sheep by name, and leads them out.

4 And when He puts forth His own sheep, He goes before them, and the sheep follow Him: FOR THEY KNOW HIS VOICE.

5 And a stranger will they not follow, but will flee from him: for they know not the voice of strangers.” John 10:2-5