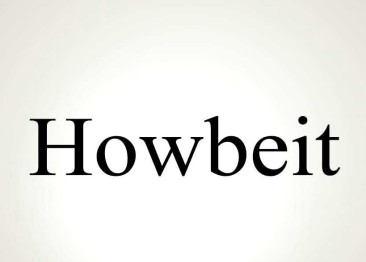 “7 For so it was, that the children of Israel had sinned against the Lord their God, which had brought them up out of the land of Egypt, from under the hand of Pharaoh king of Egypt, and had feared other gods,

8 And walked in the statutes of the heathen, whom the Lord cast out from before the children of Israel, and of the kings of Israel, which they had made.” 2 Kings 17:7-8.

The children of Israel had sinned against the Lord Who delivered them from Egyptian captivity and feared other gods.  Many fear God but not enough to follow Him.  Instead of following the ways of God, the religious will take up the ways of the world…”the statutes of the heathen”.

“13 Yet the Lord testified against Israel, and against Judah, by all the prophets, and by all the seers, saying, Turn you from your evil ways, and keep My Commandments and My Statutes, according to all the Law which I commanded your fathers, and which I sent to you by My servants the prophets.

14 Notwithstanding they would not hear, but hardened their necks, like to the neck of their fathers, that did not believe in the Lord their God.” 2 Kings 17:13-14

The Lord sent His prophets to warn Israel and Judah but they hardened their hearts and did not listen to the word of the Lord.  God can deliver His Children into a position of victory or into the hands of our enemy.  Our obedience or disobedience to His Ways (not the statutes of heathen) is the determining factor.

“23 Until the Lord removed Israel out of His sight, as He had said by all his servants the prophets. So was Israel carried away out of their own land to Assyria unto this day.

24 And the king of Assyria brought men from Babylon, and from Cuthah, and from Ava, and from Hamath, and from Sepharvaim, and placed them in the cities of Samaria instead of the children of Israel: and they possessed Samaria, and dwelt in the cities thereof.

25 And so it was at the beginning of their dwelling there, that they feared not the Lord: therefore the Lord sent lions among them, which slew some of them.

The Israelites were carried away because they would not listen to the prophets of God and repent from following the statutes of the heathen…the ways of the world.  God’s people were removed from God’s land and the lions were sent by God as an instrument.  The people knew not the manner of the God of the land, the God of Abraham, Isaac and Jacob, so they sent for a Priest who knew Jehovah to teach them His Statutes.

“27 Then the king of Assyria commanded, saying, Carry thither one of the Priests whom you brought from thence; and let them go and dwell there, and let him teach them the manner of the God of the land.

28 Then one of the Priests whom they had carried away from Samaria came and dwelt in Bethel, and taught them how they should fear the Lord.

29 Howbeit every nation made gods of their own, and put them in the houses of the high places which the Samaritans had made, every nation in their cities wherein they dwelt.

31 And the Avites made Nibhaz and Tartak, and the Sepharvites burnt their children in fire to Adrammelech and Anammelech, the gods of Sepharvaim.

33 They feared the Lord, and served their own gods, after the manner of the nations whom they carried away from thence.” 2 Kings 17:27-33.

The Israelites feared the Lord AND served their own gods.  Their worship to God did not include obedience to God.

“34 Unto this day they do after the former manners (feared the Lord and served their own gods): they fear not the Lord, neither do they after their statutes, or after their ordinances, or after the law and commandment which the Lord commanded the children of Jacob, whom he named Israel;

35 With whom the Lord had made a covenant, and charged them, saying, Ye shall not fear other gods, nor bow yourselves to them, nor serve them, nor sacrifice to them:

37 And the statutes, and the ordinances, and the law, and the commandment, which He wrote for you, you shall observe to do for evermore; and you shall not fear other gods.

38 And the Covenant (Exodus 19:5-8) that I have made with you you shall not forget; neither shall you fear other gods.

39 But the Lord your God you shall fear; and He shall deliver you out of the hand of all your enemies.

40 Howbeit they did not hearken, but they did after their former manner.

41 So these nations feared the Lord, and served their graven images, both their children, and their children’s children: as did their fathers, so do they unto this day.”  2 Kings 17:34-41.

My question to the modern church is this; howbeit you do not hearken but continue to do after the former manner?  Howbeit you continue to worship the God of Abraham, Isaac and Jacob AND follow the statutes of the heathen?  Howbeit?

All of the statutes of the Law have been kept in Christ Jesus Who obeyed them perfectly.  Simple faith in Him and what He did on Calvary’s Cross automatically fulfills the commands of the Mosaic Law.  Howbeit the modern church worships Him and follows 40 days of purpose?  Howbeit God is worshipped and 12 steps to recovery is followed?  Howbeit the modern church worships Jehovah God and partakes in the statutes of the world?  Howbeit?

“And I, brethren, when I came to you, came not with excellency of speech or of wisdom, declaring unto you the testimony of God.  For I determined not to know any thing among you, save Jesus Christ, and Him crucified.” 1 Corinthians 2:1-2.