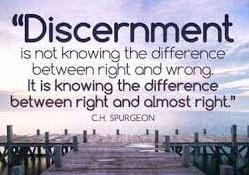 “13 For such are false apostles, deceitful workers, transforming themselves into the apostles of Christ.

14 And no marvel; for Satan himself is transformed into an angel of light.

15 Therefore it is no great thing if his ministers also be transformed as the ministers of righteousness; whose end shall be according to their works.”  2 Corinthians 11:13-15.

“17 The highway of the upright is to depart from evil: he that keeps his way preserves his soul.

18 Pride goes before destruction, and an haughty spirit before a fall.

This message, the Message of the Cross of Christ for victory over the world, the flesh and the devil, has been replaced with The Shack, The Purpose Driven Life, 100 Days of Favor, Blood Moons, Shemitahs, Jewish feasts, fire tunnels, extra biblical revelations, emotional manifestations, sanctimonious ceremonies and man made traditions.

Did you know that NAR (New Apostolic Reformation), also known as Dominionism, Kingdom Now or 7 Mountains, is referred to by Al Jazeera as American’s Taliban?  NAR’s ultimate goal is to replace secular democracy, both in America and around the world, with a Christian theocracy.  The supposed purpose is to “purify” the world for Christ’s return – again, strikingly similar to what the Taliban believes regarding Islam, but more importantly at odds with what the Word of God says about end time events.  Instead of cell groups, there are home groups who are studying, following, declaring and decreeing another Jesus and another gospel.

“But though we, or an angel from heaven, preach any other gospel unto you than that which we have preached unto you, let him be accursed.”  Galatians 1:8.

Hear me church. You would not let allow a harlot to seduce your child, your spouse or anyone else you love into danger.  Why then do so many allow their brethren to be swept away into the harlot’s bosom simply because she claimed Christianity?