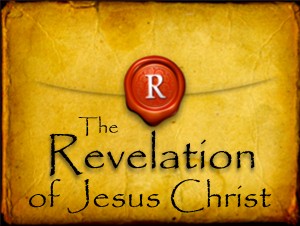 “18 That by two immutable things, in which it was impossible for God to lie, we might have a strong consolation, who have fled for refuge to lay hold upon the hope set before us:”  Hebrews 6:18

There are two immutable things by which Believers have a strong consolation.

The Promise given to Abraham of a coming Redeemer.  Abraham was justified by faith in God.  The sacrifices of bulls and goats restored fellowship with God but they could not pay the debt of sin which is death (Romans 6:23).  It was in Abraham’s Seed, Jesus Christ, that all the nations of the earth shall be blessed (Genesis 22:17-18); not just any Seeds, as of many, but as of One, which is the Lord Jesus Christ (Galatians 3:16).  As a Believer in Jesus Christ and His atoning work on Calvary’s Cross as the Sin Offering unto God to pay our sin debt and break the power of sin in the Believer’s life, we are made Children of the Promise (Galatians 4:28).  We too are justified by faith in the Son of God and made heirs to the Promises of God.

“For by Grace are you saved through faith; and that not of yourselves: it is the gift of God: Not of works, lest any man should boast.”  Ephesians 2:8-9

2.  The second immutable thing by which every Believer may have a strong consolation is that our High Priest, Jesus Christ, is after the order of Melchisedec and not of the Levitical System.  He is our High Priest forever.  The Levitical System addressed the Jews only, not the Gentiles, and was given as a mirror.  It had no power to change the sinner but showed sinner their sin.

“17 For He (God) testifies, You (Jesus) are a Priest for ever after the order of Melchisedec.

18 For there is verily a disannulling of the Commandment going before for the weakness and unprofitableness thereof.

19 For the Law (Law of Moses) made nothing perfect, but the bringing in of a better hope did; by the which we draw near unto God.”  Hebrews 7:17-19

As the Hebraics Roots movement goes about exhorting Believers to partake in the Jewish feasts, blow shoffars and wear prayer shawls and yamakas to “honor” God; they do not understand that our High Priest, Jesus Christ, is not after the order of Aaron from which the Levites came, but after the order of Melchisedec.  The feasts in which they partake are symbolic of Jesus Christ, their wardrobes are nothing more than traditional Jewish attire and the Commandment annulled when Jesus Christ offered Himself as the Sin Offering for our sin.  The Law did not disannull the Promise given to Abraham but when the Promise came, Jesus Christ, the Mosaic Law was disannulled and now written on the hearts of Believers (Hebrews 10:16).

“17 And this I say, that the Covenant, that was confirmed before of God in Christ, the Law, which was four hundred and thirty years after, cannot disannul, that it should make the Promise of none effect.

18 For if the inheritance be of the Law, it is no more of Promise: but God gave it to Abraham by Promise.” Galatians 3:17-18

Our Lord did not become a sinner as some claim but was the Sin Offering to pay the penalty of sin for whosoever will believe.  Knowing this, Who Jesus is and what He did on Calvary’s Cross, we have no doubt as to His Resurrection.  Jesus Christ IS the Son of God, Who manifested in the flesh to die on Calvary’s Cross for our sin and was raised three days later.  This is fact whether one believes it or not.

The Priesthood of Jesus Christ is forever.

“25 Wherefore He is able also to save them to the uttermost that come unto God by Him, seeing He ever lives to make intercession for them.

26 For such an High Priest became us, who is holy, harmless, undefiled, separate from sinners, and made higher than the heavens;

27 Who needs not daily, as those high priests, to offer up sacrifice, first for His own sins, and then for the people’s: for this He did once, when He offered up Himself.”  Hebrews 7:25-27.

There are two immutable things by which we are comforted; the Promise of our Redeemer, Jesus Christ, and He is High Priest forever.  For those who believe upon Jesus Christ and His redeeming work on Calvary’s Cross, we are saved to the uttermost.  The penalty of sin is paid and the power of sin broken for those who will simply believe.

Do you know in Whom you have Believed?  He is the Promise given to Abraham 430 years before the Mosaic Law.  He is our High Priest forever after the order of Melchisedec.  He is Jesus Christ, the Alpha and Omega, the beginning and the ending, which is, and which was, and which is to come…He is our blessed Hope.