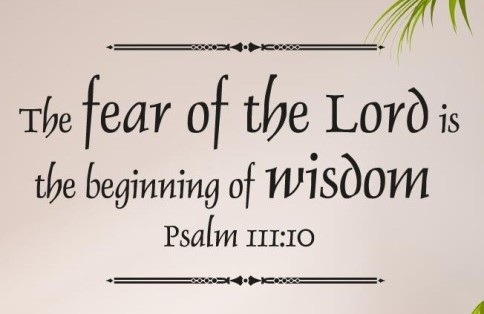 “7 But we speak the wisdom of God in a mystery, even the hidden wisdom, which God ordained before the world unto our glory:

8 Which none of the princes of this world knew: for had they known it, they would not have crucified the Lord of glory.

9 But as it is written, Eye has not seen, nor ear heard, neither have entered into the heart of man, the things which God has prepared for them that love him.

10 But God has revealed them unto us by His Spirit: for the Spirit searches all things, yea, the deep things of God.

11 For what man knows the things of a man, save the spirit of man which is in him? even so the things of God knows no man, but the Spirit of God.

12 Now we have received, not the spirit of the world, but the Spirit which is of God; that we might know the things that are freely given to us of God.” 1 Corinthians 2:7-12

The wisdom of God cannot be found nor understood through human intelligence. There are many intellectual philosophers who know the Word of God but their humanistic reasoning of the things of God are worthless.

“The fear of the Lord is the beginning of wisdom: a good understanding have all they that do His Commandments: His praise endures for ever.” Psalms 111:10

The entirety of the Word of God, from Genesis 1:1 to Revelation 22:21, points to Jesus Christ and His redeeming work on Calvary’s Cross.  When we depart from or ignore God’s Word and turn to diluted, thought for thought, philosophical translations and vain methods of man to overcome sin (and make no mistake, sin is man’s problem), we lose our fear of the Lord.  We build an idol, another god that is acceptable to our moral code of conduct.

God’s Word is revealed to God’s Children by the Holy Spirit.  When our faith is stayed on the finished work Jesus Christ, who broke the power of sin in the Believer’s life, the Holy Spirit is able to do that which He is commissioned to do…free us from the law of sin and death (Romans 8:2), bring us into all Truths (John 16:13) and reveal God’s Word to His Children that we might know the things that are freely given to us by Jesus through His redeeming work on the Cross.

“And unto man He (God) said, Behold, the fear of the Lord, that is wisdom; and to depart from evil is understanding.” Job 28:28

“But seek ye first the Kingdom of God, and His righteousness; and all these things shall be added unto you.” Matthew 6:33