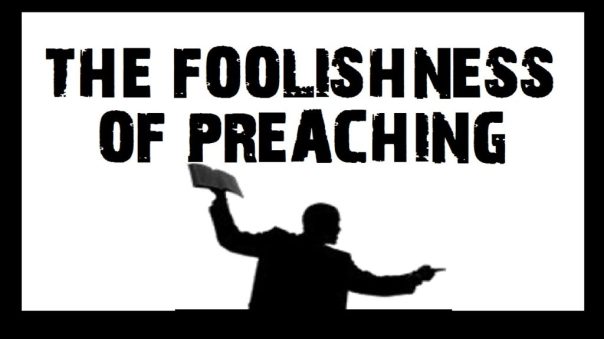 “23 But we preach Christ crucified, unto the Jews a stumbling block, and unto the Greeks foolishness; 24 But unto them which are called, both Jews and Greeks, Christ the power of God, and the wisdom of God.” 1 Corinthians 1:23-24

Just as the Azusa Street revival in the early 1900’s birthed the Pentecostal movement with untold thousands going through to the Baptism of the Holy Spirit with evidence of speaking in other tongues (Acts 2:4), so too are thousands (prayerfully millions) going through to victory over the world, the flesh and the devil because the message of Jesus Christ and Him crucified being brought back to the Church.

Some Believers have rejected the preaching of Jesus Christ and Him crucified for daily living and deemed such preaching foolishness.  While they maintain the Atonement’s sufficiency to pay the penalty of sin for the sinner, these same Believers have rendered the Cross of Christ insufficient to break the power of sin in their life.  Sadly, they have believed on another Jesus and another gospel to deliver them from their bondage by way of humanistic psychology, motivational reasoning and vain philosophies pointing to a “purpose” instead of their faith pointing to the Lord Jesus Christ and His atoning work.

“20 Behold, I stand at the door, and knock: if any man hear My Voice, and open the door, I will come in to him, and will sup with him, and he with Me.

21 To him that overcomes will I grant to sit with Me in My Throne, even as I also overcame, and am set down with My Father in His Throne.

Those who have an ear, let them hear what the Spirit of the Lord is saying unto the Churches.  The Bible shows Jesus Christ on the outside of the endtime apostate church knocking.  The Message of the Cross, the preaching of Jesus Christ and Him crucified, is being lifted up among God’s Children, those who have ears to hear, and He is drawing them closer…He is supping with them and them with Him.

Be determined to know nothing else among you, save Jesus Christ and Him crucified.