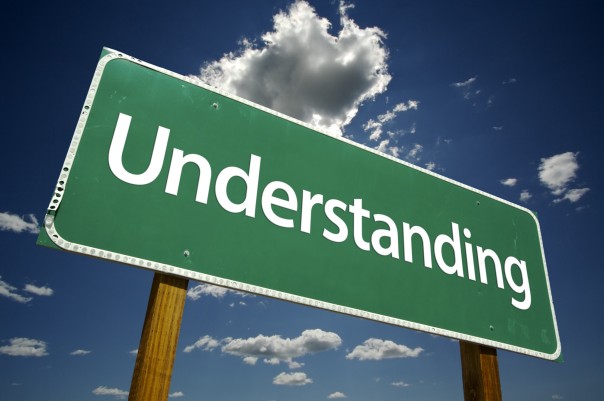 “6 A scorner seeks wisdom, and finds it not: but knowledge is easy unto him who understands.

7 Go from the presence of a foolish man, when you perceive not in him the lips of knowledge.” Proverbs 14:6-7

Years ago while praying for the Baptism of the Holy Spirit with the evidence of speaking in other tongues I had a dear Sister in the Lord, Sister Margaret Burford, pray for me to have the “understanding needed”.  At the time I didn’t understand why she was praying for me to have understanding because I thought I understood.  Intellectually I had studied the Scriptures and understood the teaching of the Baptism of the Holy Spirit but didn’t understand what I didn’t understand.  I didn’t know what I didn’t know because I thought I knew.  This is not a riddle but a reality I was facing.

“Therefore speak I to them in parables: because they seeing see not; and hearing they hear not, neither do they understand.” Matthew 13:13

Once this greater understanding was revealed to me regarding the Baptism of the Holy Spirit, the Lord continued to deal with me…just as He does anyone and everyone who will seek His Truth according to His Word and not be hindered by denominational traditions and philosophies.  Going from church to church, trying to find a church home my husband and I finally settled on a familiar place.  A place where they believed in the Baptism of the Holy Spirit, yet there was still something missing; a vacancy that I chose to fill with religious racket.

When I say the Lord continued to deal with me, I mean He was faithful and longsuffering as I was in a place of fulfilling the lust of the flesh.  Worldly statutes cloaked in Scripture and good intentions appealed to my flesh and puffed me up.  I sought signs and wonders, harbingers and shemitahs, blood moons and traditions of man along side the “super spiritual elite” at the “super spiritual house of religion”.  With our mouths we worshipped God but unknowingly our sincere hearts were far from Him.

9 But in vain they do worship Me, teaching for doctrines the commandments of men.” Matthew 15:8-9

Again, I didn’t know what I didn’t know and neither did I understand…until once again I began to seek God for Truth according to His Word.

“18 For the preaching of the Cross is to them that perish foolishness; but unto us which are saved it is the power of God.

19 For it is written, I will destroy the wisdom of the wise, and will bring to nothing the understanding of the prudent.” 1 Corinthians 1:17-18

Scrolling through the channels, knowing of Bro. Jimmy Swaggart’s SonLife Broadcasting Network (SBN), my husband and I watched “The Message of the Cross” along with many other “religious” channels.  Please remember, we were religious…very religious but we didn’t understand; neither were we seeking to understand because we thought we understood.  Everything Bro. Swaggart and the panel taught didn’t pertain to our small town (so I thought).  All of that heresy and apostasy was only found in those mega churches around the world according to satan’s minion who whispered lies in my ear as he sent his “ministers of righteousness” to tickle my other ear.  Hearing, I heard not….and neither did I understand.

“14 And no marvel; for Satan himself is transformed into an angel of light.

15 Therefore it is no great thing if his ministers also be transformed as the ministers of righteousness; whose end shall be according to their works.” 2 Corinthians 11:14-15

Finally came the morning I asked the Lord to show me if we were sitting under any of the false doctrine I heard Bro. Swaggart and the panel speak about on “The Message of the Cross”.  That morning in service the Holy Spirit pricked my heart regarding what was being preached that particular day and my husband and I began to search the Scriptures to see whether certain things were so (Acts 17:11).  As we began to read the verses in context, we began to see.  Precept upon precept and line upon line, our eyes began to see and we understood that we didn’t understand.  We began to realize what we didn’t realize.

Seeking God for Who He is and what He has done for whosoever will believe is not a catchy phrase for those who understand the power of God is in the preaching of the Cross of Christ.  Daily, precept upon precept, there remains a deeper understanding to be had in the Cross of Christ for victorious Christian living.

This is not a new fad nor a new revelation but was given to the Apostle Paul as he too delighted in the Law of God after the inward man but saw in his members another law, the lusts of the flesh warring against the law in his mind bringing him into bondage (Romans 7:22-24).  The Lord revealed to the Apostle Paul the Spirit of Life in Christ Jesus sets us free from the law of sin and death.  It was not laws, even though righteous, that set the Apostle Paul free but being “in Christ Jesus” which gives the Holy Spirit latitude to do that which He is commissioned to do..free us from the law of sin and death and give us dominion over sin (Romans 6:14).  Being “in Christ Jesus” is not obtained through anything we must do other than faith in Jesus’ atoning work on Calvary’s Cross.  When we add anything other than faith in the Cross of Christ for victorious Christian living, we render the Cross of Christ as insufficient and the Word of God a lie.  God forbid no!

“For the law of the Spirit of life in Christ Jesus has made me free from the law of sin and death.” Romans 8:2

Many do not understand and sadly their foolish pride is hindering them from seeking understanding.

“A wise man will hear, and will increase learning; and a man of understanding shall attain unto wise counsels:” Proverbs 1:5

God will give the increase, the understanding, to those who seek Him.