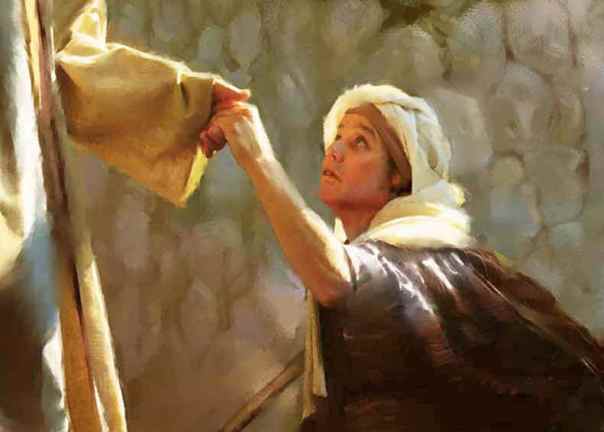 “10 And He (Jesus) was teaching in one of the synagogues on the Sabbath.

11 And, behold, there was a woman which had a spirit of infirmity eighteen years, and was bowed together, and could in no wise lift up herself.

12 And when Jesus saw her, He called her to him, and said unto her, Woman, you are loosed from your infirmity.

When we Christians see a Brother or Sister stricken with an illness, we don’t think twice about laying our hands on them and praying for their healing.  In the heart of the one who is sick, they want to be healed.   There are always exceptions to this generality.  Those who want to be sick or fain sickness in order to get attention, etc.  I’m speaking of those who are sick in body and desperately want healing/relief from their infirmity.  The Scripture speaks here of this woman having a spirit of infirmity for eighteen years; she was oppressed by a demon spirit for 18 years.

Now to change gears ever so slightly.  When we see a Believer being oppressed by a demon spirit and is perhaps not physically sick but bound by cigarettes or alcohol, how quick are we to lay our hands on them and pray for their deliverance?  Do we judge them because they are oppressed by a demon spirit? To be clear, I’m speaking here of those who love the Lord…they too want to be delivered from this demon spirit but are instead being judged by the religious; isolated in their own prison cell.

Yes, there are those who condone sin and vainly attempt to make those who are oppressed by demon spirits comfortable in their oppression but that is not what I’m speaking of.  We must understand that physical sickness is a result of sin as well.  Not necessarily the sin of the person afflicted but the sin nature we are born with due to Adam’s original sin.  Sin is the problem in the world today…and that includes Believers.

Just as we would never condone physical sickness in a Brother or Sister in the Lord, neither would we condone spiritual sickness; oppression by demon spirits.  That sin of which some are afflicted is the result of a choice once made in their past when their heart was far from God.  In his heart, the prodigal son decided to turn away from his father, take his inheritance and leave.

“12 And the younger of them said to his father, Father, give me the portion of goods that falls to me. And he divided unto them his living.

13 And not many days after the younger son gathered all together, and took his journey into a far country, and there wasted his substance with riotous living.”  Luke 15:12-13

Soon, the prodigal son would be wanting the food of the swine but no man would feed him.  Realizing his condition, the prodigal’s heart turned back to his Father of Whom ran to him with open arms.

The clinging vines of the fall run deep in the hearts of man.  God’s Arm is not shortened and His Power, the Cross of Christ, is still effective for those whose faith is placed in His Finished Work.  Precept upon precept and line upon line, the clinging vines are removed.  There is a change in our lives as it reflects our heart’s decision to turn back to our Father…just as the prodigal son.

Our position in Christ Jesus does not waiver as we look unto Him for our Salvation.  We are washed, we are cleansed, declared Holy and Righteous through the Blood of Jesus Christ.  However, our condition on this side of Glory is being superintended and kept by the Holy Spirit through our faith in the Cross of Christ.  We are not perfected and have not yet been glorified.  If so, we would not longer age, our hair would no longer turn gray and our skin would not wrinkle. All of these are the result of sin.  The death and decay of our body is the resulf of Adam’s fall.  Upon Salvation, every curse was broken in the life of the Believer and our continued faith in His Redeeming Word, gives us sanctifying peace to overcome the clinging vines of sin.  Jesus came to deliver us from the oppression of demon spirits, whether they make us sick in body or the clinging vines of a once sin sick heart.

Be careful of rejecting those who are eating with the swine but God is working in their hearts to turn them back to Him.  Their eternal soul is at stake and YOU may be the very one He is wanting to use to guide them home…to point them to the One Who came to die on Calvary’s Cross to deliver them from the destructive power of sin.  Whether it be sick in body or sick in spirit, sickness is the result of sin and the answer to sin is Jesus Christ and Him crucified. When you see a Brother or Sister struggling with the effects of sin, bound by smoking, drinking, etc.; be not careful to pray for them in that matter, our God Whom we serve is ABLE to deliver them from the bondage.  Again, I’m not speaking of those looking for an excuse to sin but for those who are looking to be delivered from that sin.  We need some people who are willing to crawl up on the rooftop, dragging the sick on stretchers into the presence of God for their healing.

“And he (the prodigal son) arose, and came to his father. But when he was yet a great way off, his Father saw him, and had compassion, and ran, and fell on his neck, and kissed him.” Luke 15:20