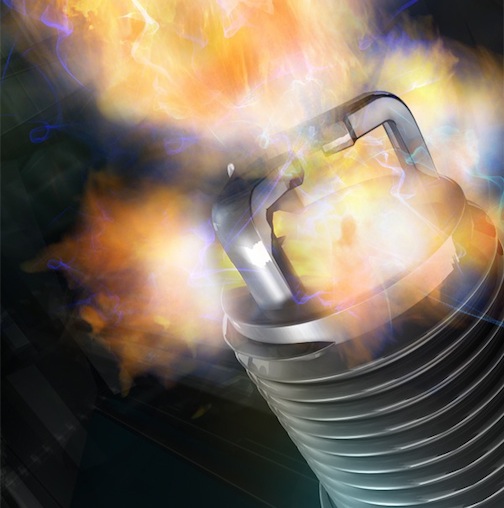 The spark that is ignited in the heart of those who are born again; those who are saved to the uttermost by the Blood of Jesus Christ and alive unto God, cannot be fueled by philosophies gleaned from humanistic psychology which intrigue the mind.  This fire in the bones of the Believer who knows that they know that they know in Whom they have believed will not burn under the laws of man applied to our flesh for holiness.

This fire which burns is not ignited by man and cannot be sustained by man.  This fire; this sustaining power of God, is wrought in the heart of the Believer by faith in the Cross of Christ.  It is this same power of God, which gives the Holy Spirit latitude to free us from the law of sin and death (Romans 8:2) and gives us dominion over sin.  Sin no longer has dominion over the born again Believer.  We are under Grace, not law.

“For sin shall not have dominion over you: for you are not under the law, but under Grace.” Romans 6:14

The problem comes when the fire begins to fade and the power of God (which is the Cross of Christ [1 Cor. 1:18]) becomes of no effect when we, that same born again Believer who was once on fire, allows our faith to be swept to and fro.  From one doctrine to another, religious ceremonies and vain philosophies distract us as they fascinate our intellect and arouse our curiosity.  Our faith is ever so slightly directed in that blessing we just spoke over someone or that blessing spoke over us.  We believe Jesus paid the penalty of sin for our Salvation but we believe that blessing just spoke is the reason we are blessed.  Our declaration becomes our object of faith and not the Cross of Christ.  If Jesus is not the Source and His Cross the means by which we receive our blessings, the fire will fade.  The cross we bear becomes heavy.

“17 For Christ sent me not to baptize, but to preach the Gospel: not with wisdom of words, lest the Cross of Christ should be made of none effect.

18 For the preaching of the Cross is to them that perish foolishness; but unto us which are saved it is the Power of God.” 1 Corinthians 1:17-18

The wisdom of words corrupts the Gospel of Jesus Christ and Him crucified and makes it of no effect in the Believer’s life.  The wisdom of words seduces the Believer’s intellect and turns the heart from God’s prescribed order of victory to methods of man.  Standing at Cain’s sacrifice, they are deceived.  The fire is all but snuffed out as religious works become their perceived means of righteousness.

Beware of religion’s vain attempt to fuel the fire ignited upon our Salvation.  Religion is nothing more than a set of man made rules given to achieve certain beliefs.  Political correctness is in its self a religion.  When religion is applied to Biblical Christianity, it hinders and attempts to replace the ministry of the Holy Spirit.

Guard that which the Lord has given you.  Stay at the Cross of Christ. Seek Him first.  Be determined to know nothing else among you.