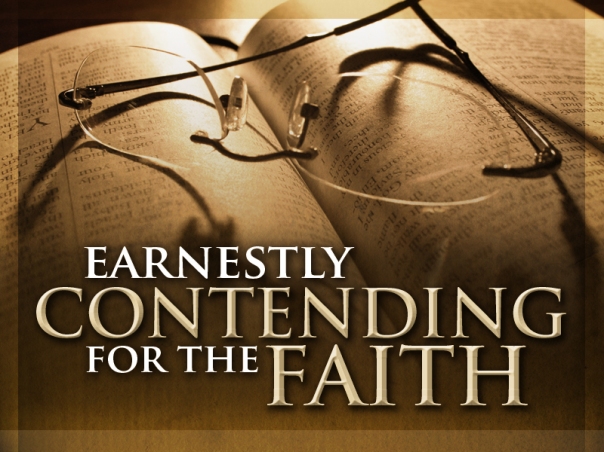 Regrettably many in the church do not understand the Atonement; the New Covenant made for us by the precious Blood of Christ Jesus.  The word of faith heresy, with Kenneth Copeland leading the pack, proclaims the Cross of Christ was the largest defeat in human history.  They will not talk about the Cross or the Blood.  They erroneously believe there was a battle fought in hell by Jesus that was finally won after 3 days of torment when God said enough.  This is heresy to say the least.  Our Salvation was not won in hell after Jesus Christ was tortured for 3 days.

This may sound silly to some but understand, this is what is being taught in many churches today.  The devil does not have nor has he ever had the keys to hell (Revelation 1:18).  Sin’s penalty of death, which Jesus paid in full, was owed to God, not Satan.  The Old Testament Saints did not sacrifice bulls and goats to Satan to atone for sin but to God.  The sacrifice of bulls and goats was a type and shadow of the Sacrifice Jesus would make on Calvary’s Cross and they could not pay the penalty of sin for mankind.  Due to Adam’s fall we are all born with a sin nature.  Jesus Christ is the only Man, God manifest in the flesh, Who was not born of man but of the Spirit of God with Mary being the chosen one to birth our Lord.  No, Mary was not sinless. She too needed a Savior as she was also born of the seed of man and therefore had a sin nature (Luke 1:47).

Jesus came to die on Calvary’s Cross.  Jesus’ Body, God manifest in the flesh, IS the Blood which paid the penalty of our sin.  The blood of bulls and goats atoned for sin and restored relationship with God but could not pay the penalty of sin (death), which Redeemed us unto God.  Before the Cross of Christ, the Old Testament Saints did not go to the burning side of hell but to a place where they were comforted, “Abraham’s bosom” (Luke 16:21-23).  When Jesus gave up the Ghost and declared “It is finished”, He then descended unto hell and led captivity captive.

“8 Wherefore He said, When He ascended up on high, He led captivity captive, and gave gifts unto men. 9 (Now that He ascended, what is it but that He also descended first into the lower parts of the earth?” Ephesians 4:8-9

Jesus led the Old Testament Saints, those being held in captivity in Abraham’s bosom, and made them His Captives.  On the way, when ascending upon high with HIS Captives, those who believed God and it was accounted unto them as righteousness, Jesus made a show of every demon in hell.

“14 Blotting out the handwriting of ordinances that was against us, which was contrary to us, and took it out of the way, nailing it to His Cross, 15 And having spoiled principalities and powers, He made a show of them openly, triumphing over them in it.” Col. 2:14-15

Understanding this, Who Jesus is and what He did, we understand that death has indeed died when Jesus Christ paid the believing sinner’s penalty on Calvary’s Cross. There is no doubt as to His Resurrection because we know in Whom we have believed…the Son of God manifest in the flesh.  We do not believe the lie of some fight in hell for our Salvation but understand that captivity was led captive by Christ Jesus.  We understand the Kingdom of Heaven suffered great violence with the price that Jesus Christ paid but such violence, and I speak here of the Crucifixion, took Satan’s dominion, which he took from Adam, and made a show openly.

Knowing this, knowing in Whom we have believed, we stand and we see the Salvation of the Lord.  We see old things pass away and all things become new in our own lives.  There is a fruit; a change in us that can only be done upon belief in the Lord Jesus Christ.  We no longer fight a fight that has already been won but now understand where our victory was actually won and purposefully place our faith there to maintain, not gain victory…the Cross of Christ, be determined to know nothing else.