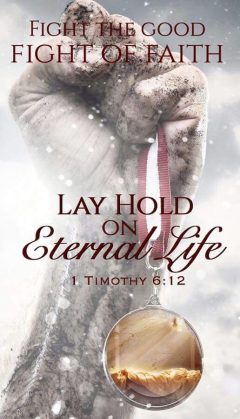 “8 Jesus Christ the same yesterday, and to day, and forever.

9 Be not carried about with divers and strange doctrines. For it is a good thing that the heart be established with Grace; not with meats (religious ceremonies), which have not profited them that have been occupied therein.” Hebrews 13:8-9

The heart cannot be rightly established by religious ceremonies.  If such were so, the Cross of Christ was in vain.  Many Believers have been and are currently being swept away with divers and strange doctrines being taught as Biblical Christianity.  Their hearts being established in religion; they are turned in to the image of their church.  The Bible says we will know them by their fruit.

“15 Beware of false prophets, which come to you in sheep’s clothing, but inwardly they are ravening wolves.

16 You shall know them by their fruits. Do men gather grapes of thorns, or figs of thistles?” Matthew 7:15-16

Sadly, many have their hearts established in religion and not Grace.  They love the Lord but their heart belongs to their church.  No matter the Jesus or the gospel being proclaimed from the pulpit, their loyalty is to the church.  They would not recognize another Jesus being lifted up to the congregation because quite frankly they have not searched the Scriptures for themselves to see whether those things being proclaimed are true.

“For sin shall not have dominion over you: for you are not under the law, but under Grace.” Romans 6:14

Friend, a heart established under law; any law, religious ceremony, philosophy, etc. is being established with divers and strange doctrines that will not afford us dominion over sin.  Grace and Grace alone is where we are given dominion over sin.  Sin’s penalty was paid and it’s power broken by Christ Jesus on Calvary’s Cross not some religious ceremony.

“For by Grace are ye Saved through faith; and that not of yourselves: it is the gift of God: Not of works, lest any man should boast.” Ephesians 2:8-9

There are so many unbelieving Believers in the church that sincerely try to ‘help’ the baby Christian by overloading them with Christianity 101 classes, small groups, celebrating recovery, 40 days of purpose and the list goes on and on.  All of these religious practices sounds good to the new Believer but are in fact divers doctrines which hinder and corrupt the Gospel of Jesus Christ and Him crucified.

This corruption results in spiritual adultery because the ‘unbelieving Believer’ believes in the Cross of Christ for Salvation and thank God for it, but they do not believe the Cross of Christ is sufficient to break the power of sin in their lives so they follow after these divers and strange doctrines which appeals to the lust of their flesh.

“For Christ sent me not to baptize, but to preach the Gospel: not with wisdom of words, lest the Cross of Christ should be made of none effect.” 1 Cor. 1:17

The Holy Spirit does not work outside of faith in Jesus Christ and Him crucified.  No matter the multitude of religious doctrines and ceremonies to which we sincerely consecrate ourselves, our faith in those doctrines for the victory that we seek has made the Cross of Christ of no effect and you..yes, you are an unbelieving Believer.

To be sure, it’s not just ‘you’, it’s every Believer on the face of this earth that must fight this fight daily; the ‘good fight’.  The only fight we are called upon to fight; the fight of faith…faith in Jesus Christ and Him crucified; be determined to know nothing else among you.

“Fight the good fight of faith, lay hold on eternal life, whereunto you are also called, and have professed a good profession before many witnesses.” 1 Tim. 6:12